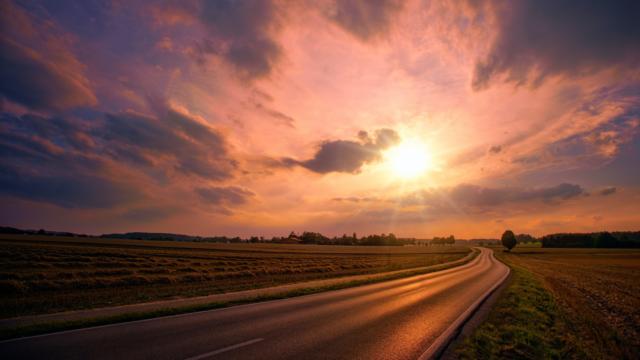 IRVINE, CALIFORNIA, APRIL 19, 2022/EINPresswire.com/ – Prices for renewable power continued to climb in the first quarter as a supply and demand imbalance hit the industry, according to Edison Energy’s Q1 Renewables Market Update.

On the supply side, however, while many projects were marketed, those able to commit to firm prices without sharing significant risks were hard to find. Developers face rising cost inputs that are challenging to hedge. 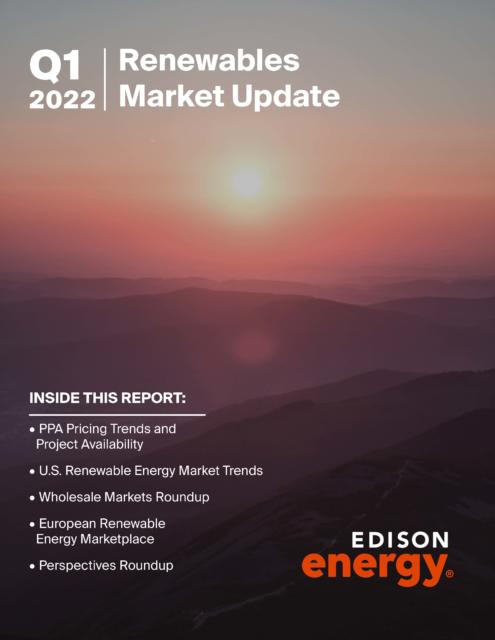 One example was transportation, where some equipment manufacturers have made the cost of shipping a market-indexed, rather than a fixed price. Uncertainty over tariffs was another variable at play, as the quarter closed out with the opening of a federal government investigation into solar panel tariff circumvention, expected to put the availability and cost of approximately 80% of PV module supply in question for months.

“The first quarter closed out with a significant shock to the U.S. solar market, and it looks like we will be facing uncertainty for several more months,” said Mary Kate Francis, Senior Director, Renewable Supply, at Edison Energy (which does business in Europe as Altenex Energy). “Nonetheless, we continue to see buyer interest in renewables. We are working with buyers to find options that work for them, and contract around risk as needed to bring projects to fruition.”

The Edison Energy and Altenex Energy teams will share further insights on the renewables marketplace in two upcoming webinars. Learn more about the PPA landscape, pricing trends, and anticipations for the market in 2022 across North America and Europe.

PPA prices continue to rise, facing supply and demand imbalance. Consistent with their upward trend over the past two years, PPA prices for wind and solar continued to increase during Q1 2022. Demand for renewables remains strong, with corporations, retailers and utilities having ambitious, publicly-stated renewables procurement goals, while on the supply side, projects are being marketed, but those with guaranteed firm prices without sharing significant risks are hard to find.

Between Q4 2021 and Q1 2022, Edison Energy saw p25 prices (the price at which 25% of the offers were lower and 75% were higher) increase in most markets, at varying rates. All markets and technologies except MISO solar experienced rising PPA prices. ERCOT’s p25 solar price growth rate slowed, while PJM and SPP solar each saw a 14% price increase. In contrast, median PPA prices moved moderately upward across all markets. This trend suggests a combination of the most competitive projects being contracted in the past quarter and a reassessment of lower-priced offers to align to developers’ most recent—and more expensive—cost assumptions.

Buyers explore different contract structures to mitigate cash flow risk. As PPA prices are on the rise and economic performance forecasted to result in a cost to the offtaker under most scenarios, developers and buyers are working together on non-standard contract structures that can mitigate a buyer’s financial risk. These include the revenue share, reducing the buyer’s downside risk; a hedged PPA, which locks in the known cost for the buyer; and contracting fixed price, project-specific RECs, which allows for a lower PPA to be offered to the buyer.

Solar developers struggle with uncertainty in the wake of Commerce’s tariff circumvention investigation, leading to the tariffs on Chinese solar panels to extend through 2026, and the wait for the preliminary findings regarding the circumvention that will come in August. Concerns continue regarding the forced labor issue and the rising cost and availability of domestic solar panels that results.

Compliance RECs hit historic highs while National RECs fell in a volatile Q1. After a very steady Q4 2021, REC markets saw volatility in Q1 2022. National RECs priced between $4 to $5/REC at the outset of the year, fell precipitously at the end of February, and bottomed out below $3/REC at the end of the quarter. There are several theories for this drop, including traders selling off environmental commodities in reaction to the uncertainty and turmoil brought on by the war in Ukraine, but there were no major market changes that caused this disruption.

After relentless price increases, the carbon offset market dipped in Q1 2022. Due to significant investments and policy updates in 2021, the market for carbon offsets has exploded, with prices on projects often tripling compared to the previous year’s prices. While there is an increase in demand from end-users, the jump in prices is attributed more to increased activity from traders and speculators.

Prospective buyers often weigh the tradeoff between the forecasted cash flows they would expect from a long-term renewable energy PPA and the cost of purchasing RECs from the current spot market. The comparison concluded that ERCOT boasts the strongest forecasted renewable VPPA economics of any major U.S. market, and in ERCOT, IHS Planning Case offers prospective buyers the most conservative view. SPP is forecasted to offer the next best project economics, and ERCOT and PJM bid economics are comparable to unbundled REC costs.

In the European renewables market (where Edison Energy does business under the name Altenex Energy), similar challenges facing the energy market continued to take a toll on the renewable energy industry. Even so, corporate buyers continue to show an increased appetite for renewable power, GOs, and carbon offsets.

One recent example is a large aluminum producer that has signed a 10-year PPA in the Spanish market for a sizable annual volume of 1,300 GWh. This has enabled the company’s smelter facilities to resume and reactivate operations after two years of interruptions due to rising electricity prices. Altenex Energy is seeing these large industrial producers continue to engage in long-term and fixed-price transactions moving forward.

The following trends are detailed further in the report:

“Despite the many current challenges facing the renewable energy sector, excellent opportunities remain in our findings for companies looking to secure PPAs in European markets,” said Andor Savelkouls, Senior Director, European Energy Advisory at Edison Energy. “In doing so, they can achieve for their own operations and for their customers both environmental benefits of carbon footprint reduction and financial benefits of long-term energy cost certainty.”

Spain maintained its position as the most attractive renewable energy market with competitive PPA pricing for solar energy projects, resulting in the largest number of volumes contracted there. At the same time, emerging markets such as Romania saw the launch of first-time corporate PPAs, while Hungary signed its largest corporate PPA agreement at 26 MW. Italy has been taking significant steps to become one of the most competitive markets in Europe.

Several Eastern European countries launched a project to create an electronic system for GOs. If the project does come to fruition, it is expected to increase GO cancellation in the region, which may put upward pressure on GO prices overall.

The EU recently released the REPowerEU platform to reduce its purchase of Russian gas by two-thirds before the end of the year and replace it completely by 2027. Over recent months, several countries have updated their climate targets, notably Germany, France and the Netherlands, due to newly elected governments or upcoming elections.

Edison Energy’s full report on Q1 2022 can be found here.

Register for the Edison Energy webinar on U.S. findings HERE.

Register for the Altenex Energy webinar on findings for Europe HERE.

Source: Amid record demand for renewable energy, supply challenges continue to push prices higher and due dates later in U.S. and Europe 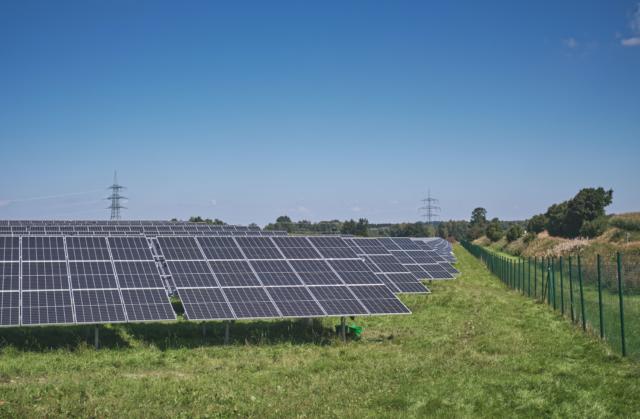 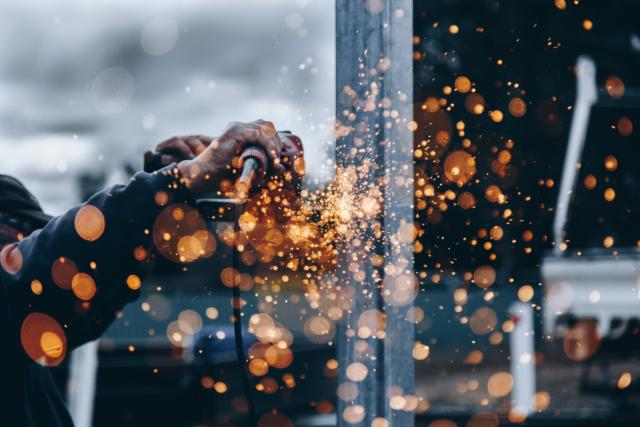 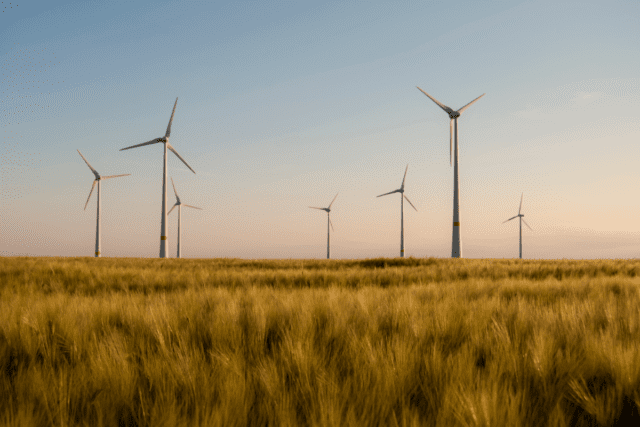 How can the private sector maximize the impact of renewables? EnergyTag may have the answer