The largest collegiate on-site solar implementation in Washington D.C. is taking shape at historic Howard University, with a plan for multiple rooftop arrays to be installed across its campuses.

While notable in an area with many other prestigious universities, what is significant is that renewable energy is becoming an essential component in comprehensive campus energy plans as campuses strive to address climate change, while simultaneously stabilizing energy budgets.

According to a 2016 study by the University of New Hampshire and Altenex, an Edison Energy Company, more than 100 campuses now host solar arrays, supplying many benefits:

However, campuses can encounter barriers to large renewable energy projects, such as:

Alfonzye “Chip” Chisholm, the University’s Director of Sustainability, spearheaded the project. He researched the provider marketplace and studied projects executed by nearby peer institutions. Once he was committed to pursuing renewables, Howard University contracted Altenex to assist with the process.

The first step was to build the business case with his internal stakeholders. Altenex provided educational presentations to these key decision-makers, including those responsible for energy management, electricity systems, capital planning, and finance. Stakeholder education and engagement included reviews of state and federal renewable energy incentives and regulations, contract structures, potential risks, and a range of economic modeling to project potential cost savings.

Addressing stakeholder questions and concerns early in the process helped to ensure a cohesive team that laid the groundwork for a smooth project review and approval.

An important outcome of the stakeholder engagement process was the creation of Howard University’s criteria profile — a combination of goals, requirements, and preferences. Their specific criteria profile included the following:

This robust set of criteria served as a core evaluation metric as the project proceeded, ensuring that the University’s goals and requirements were met throughout the process.

Altenex reviewed potential structures that included both on-site and off-site renewable energy projects. An off-site approach could potentially offer strong opportunities, given that Howard is located in the PJM power market, which is deregulated, has a strong wholesale market, and high power prices. And Howard University has a large enough electric load to participate in PJM’s wholesale renewable energy marketplace.

The University also had a compelling case for on-site solar, given the high cost of electricity in Washington D.C., and favorable policy mechanisms that support on-site solar in the District. The University decided to begin with an on-site project to provide a visible success that could lead to larger, off-site projects in the future.

One key to the economic feasibility of on-site solar in the District of Columbia is the value of solar renewable energy certificates (SRECs). Due to the District’s renewables portfolio standard (RPS), SRECs generated in D.C. can be monetized in the compliance market. This value is a significant component in the pricing of District-based solar PPAs.

Without this SREC value, solar projects would produce power at a considerable cost premium, hampering their viability. Howard University plays a critical role in catalyzing new renewable energy by agreeing to host these solar arrays, producing electricity at a cost-competitive price, while supplying the market with the SRECs needed to fulfill the District’s renewable energy requirements.

Several sites were considered highly qualified and several were considered possibly qualified, so the RFP included both required and optional sites. Potential bidders were invited to a pre-bid site visit before the University issued the RFP. Altenex then used a customized RFP evaluation matrix to review and score the bids.

The winning submission came from a partnership between Volt Energy and SolarCity. The group’s proposal included the most competitive PPA price, while also including several of the optional sites.

SolarCity and Volt both have successful project track records in higher education. Specifically within Washington D.C., Volt was founded by Gilbert G. Campbell III, a Howard University alumnus, and is a locally- and minority-owned firm, all of which were additional favorable factors in the bid.

Once fully online in 2017, this will be the largest collegiate on-site solar implementation in Washington D.C. Throughout the 20-year duration of the historic 1.187 MW project, 21,000 metric tonnes of CO2 emissions will be avoided, and, 30,000 MWh of clean electricity will be produced — enough energy to power 3,113 U.S. homes each year.

Download a PDF of the Howard University case study here

Any marketing or solicitation included herein for or related to a National Futures Association jurisdictional activity is being made by and on behalf of our affiliate Altenex. Altenex is registered as an Introducing Broker with the NFA and additional information on Altenex is available at https://www.nfa.futures.org. 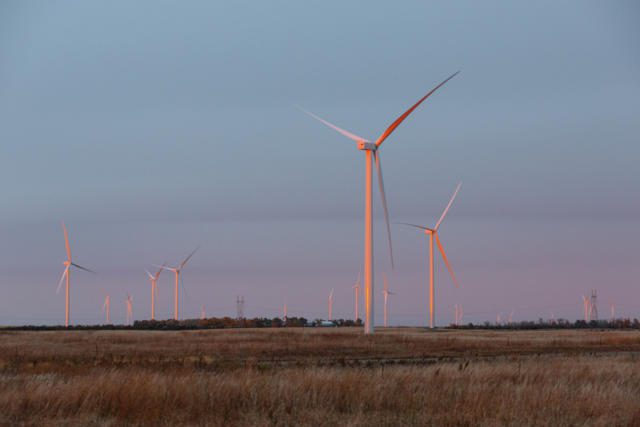