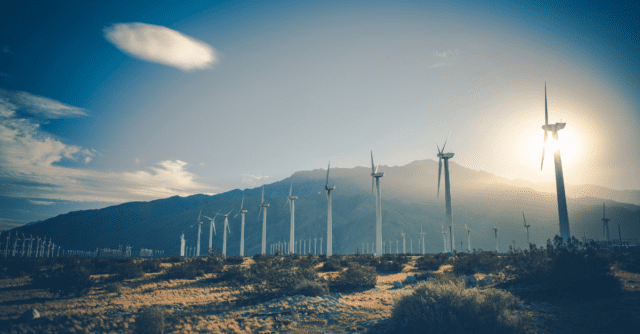 Tribal lands comprise approximately 5.8 percent of the total U.S. land base but represent an estimated 6.5 percent of the total U.S. utility-scale renewable energy technical potential, according to the National Renewable Energy Laboratory (NREL). Many of these lands are in areas that have abundant renewable energy, such as wind, and solar. Tribal land-based wind has economic potential exceeding 1 GW of nameplate capacity, while PV solar has more than 61 GW.

There are also tax advantages for businesses operating on tribal lands, as well as opportunity zones in tribal territory, with incentives for investments in certain businesses and other types of project financing, according to the National Law Review.

Last year, the National Inter-Tribal Energy Council (NITEC) launched as the official trade organization committed to protecting the energy interests of tribal nations, Tribal leaders, and their partnerships. Founded by a group of tribal-owned energy business and development experts like Public Benefit Corporation Navajo Power, NITEC will advocate on behalf of tribal energy businesses and developers.

Legislation such as the Indian Self-Determination and Education Assistance Act of 1975 and the Tribal Self-Governance Act of 1994, along with decades of advocacy, have enabled Native American communities to gain greater control over their own land and resources. This has led to increased federal recognition of their tribal governments, according to the National Community Reinvestment Coalition (NCRC).

Tribes are now positioning themselves to be more self-determined and self-sufficient to meet their own energy demands and security.

Michael Vincent, Renewable Energy Originator at Meta (former Edison Energy Senior Manager of Renewables), is a member of the Peoria Tribe of Indians of Oklahoma, a confederation of the Kaskaskia, Peoria, Piankashaw and Wea, united into a single tribe in 1854.

As a student at the University of Tulsa, Vincent participated in the Peoria’s government and functions and has been advocating for responsible renewable energy development on Tribal lands ever since. He previously took an active role in the ongoing development of a 400 MW wind project with the Northern Cheyenne Tribe and is continuing tribal advocacy at Edison.

“My great grandmother was the last one born on the reservation,” Vincent said. “I grew up in Washington State, and I was able to participate in many of the local tribe’s celebratory events. I have several friends who are members of the Coville Tribe who grew up on the reservation and shared stories about their childhood and culture.”

Vincent’s college in Tulsa was just 60 miles from his family’s reservation, which he would often visit in order to experience tribal culture.

“They had things like stomp dances and every year there would be an annual meeting of the tribal government,” he said. “Also, I received very generous scholarship funds from the Peoria Tribe, the American Indian College Fund, and other organizations, which provided funds for Native Americans to further their education. When I started getting into renewables, I immediately set my focus on figuring out a way to develop something on tribal land.”

Project development on tribal land presents unique challenges, including the establishment of trust with the tribe’s various councils and members, the need to provide education around renewable development and its financial outcomes, and gaining an understanding of tribal culture, beliefs, and history.

“One of the challenges around tribal development is building trust,” Vincent said. “It’s really tough. Frankly, the only reason I was given a chance with the Northern Cheyenne was because of my background. They were very upfront about that. They knew that I at least knew their background and understood the structure more than any other developer they spoke with. I felt happy to know that that is a meaningful thing to them. It gave more meaning to the job– more than any other project I was working on. I kept that in mind a lot when I was working on their project or delivering information to them. I was as honest and informative as I could be, and it went from there.”

Tribal communities also face significant economic and educational challenges. The national poverty rate for Native Americans is approximately 25.4 percent, with one in three living in poverty and an annual median income of $23,000. On some U.S. reservations, unemployment rates among residents range between 20 and 80 percent, according to The Regulatory Review.

“You drive through a reservation, and you’re surprised that you are in the U.S.,” Vincent said. “Most homes are in disrepair. Part of the reason they have an interest in electricity is that some of their older members literally die from freezing in the winter months because their power will get cut off due to weather events. And, if there are only three or four people on the powerline, utilities won’t make that a priority to go out and repair. Many of the people on the reservation are older and they can’t chop firewood to maintain a stove to keep warm. The only reason they survive is if they have that firewood. Sometimes they trip and fall when they are out chopping wood and unfortunately, people often don’t find them immediately.”

These dire scenarios highlight the need for tribes to procure and manage their own energy.

The Helping Expedite and Advance Responsible Tribal Home Ownership Act of 2012 (HEARTH Act) has helped drive tribal self-determination around land development, creating a voluntary, alternative land leasing process. Under the Act, once governing tribal leasing regulations have been submitted and approved by the Secretary of the Interior, tribes are authorized to negotiate and enter into leases without further approval from the Department of the Interior.

“The law allows tribes to create their own permitting standard through the HEARTH Act, which requires that tribes put together a comprehensive use plan, then send it to the BIA (Bureau of Indian Affairs),” Vincent said. “If approved, a tribe can start operating, whereas before it would have to go through a long NEPA (National Environmental Policy Act) process.”

In July, the BIA announced approval from the Bureau of Land Management (BLM) for the Southern Bighorn Solar Project on tribal lands in Nevada, as well as the launch of construction for the Arrow Canyon Solar Project, also in Nevada.

The two projects, which will benefit the Moapa Band of Paiutes, will support over 800 jobs and generate enough electricity to power up to 192,000 homes.

Progress on these projects support the Biden administration’s goal to permit at least 25 GW of onshore renewable energy by 2025 and to ensure that investments in the clean energy economy reach tribal lands.

“At Edison, we’re looking at aligning our clients with developers so that developers can advance projects on Tribal lands,” Vincent said. “We have clients that are interested in making the dollars that they are contributing to PPAs beneficial to local economies. These are dollars that can provide meaningful economic and educational benefits to Tribal communities. They don’t always have power and transportation infrastructure on some of these locations, so there might be a premium paid for a project sited on Tribal land versus another project sited due to its proximity to existing infrastructure. However, we found that some clients are interested in paying that premium if it goes to causes that leave impacts to economically stressed areas.”

Entities like Navajo Power are helping to drive utility-scale clean energy projects on tribal lands. The organization’s Phase I mission is to cultivate an economic upgrade for the Navajo Nation from coal to renewables like solar and storage projects as the imminent closure of local coal plants accelerates. The second phase will expand that model, deploying a replication strategy with tribes in the Southwest and beyond.

“Navajo Power specializes in developing that land,” Vincent said. “They are tribal-owned, they have many members of various North American tribes on staff, they know the process. Tribal leaders know them, so their involvement helps get the door open for Tribal governments to consider these projects.”

On the client side, Vincent says that increased focus on DEI (diversity, equity, and inclusion) initiatives by corporations, broader responsibility goals, and green bonds are driving more interest in tribal development.

“The vision is that we get that story to developers to tell them that there’s interest,” he said. “Even though it costs a little bit more, we have clients that are interested in paying that incremental cost so those dollars will go to these communities. My five–year vision is that we have clean energy projects being built that will help benefit reservations and tribal communities.”

Join us for a virtual roundtable discussion on December 14th

Powering the Future: How Indigenous communities are harnessing renewables to achieve energy sovereignty