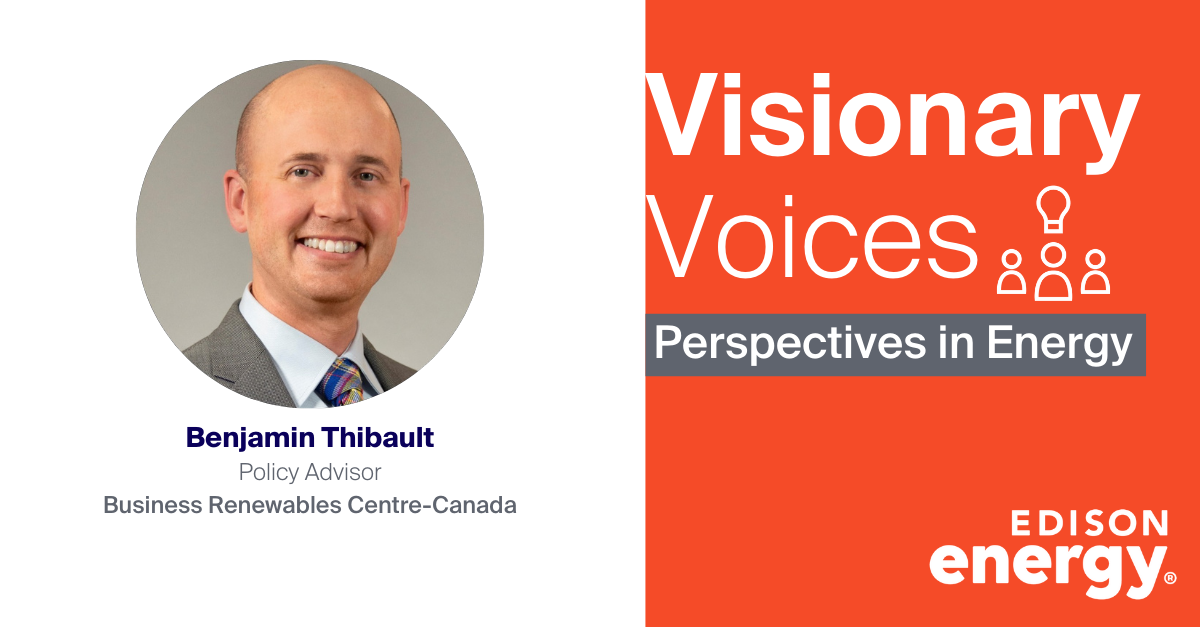 In this first of a two-part series, Edison Energy sat down with Benjamin Thibault, a Canada-based policy and regulatory expert with over a decade of strategy, advocacy and implementation experience related to climate, electricity, and renewable energy. Thibault is a policy advisor for the Business Renewables Centre-Canada, a nonprofit organization that helps companies learn how to procure renewable energy.

The structure of Canada’s electricity sector has evolved over the past few decades, with some provinces seeing a shift from vertically integrated electric utilities–often provincial crown corporations–to various degrees of market liberalization and the unbundling of generation, transmission, and distribution services. The growing opportunities for independent power producers, coupled with the push for renewables and Canada’s substantial renewable resources, has led to the acceleration of renewable energy deployment across these provinces.

Yet most Canadian provinces still operate as regulated monopolies, maintaining a strong financial hold as operators within these markets, which has stagnated the growth of renewable energy technologies.

“There isn’t a lot of dynamism to those market structures in Canada–they’re pretty stable and inert in some ways,” said Benjamin Thibault, Senior Strategy Advisor with Prairie Sky Strategy, who also provides strategic policy advice to several renewable energy developers and the Business Renewables Centre-Canada (BRCC). “One way to think about Canada is that you essentially have five vertically integrated grids owned and operated by crown agencies that are essentially non-emitting.”

In Canada, hydropower is king. Water flowing through turbines produces close to 90 percent of Canada’s renewable electricity, while 60 percent of the country’s electric needs are powered by water, according to Waterpower Canada. Today, there are more than 550 hydropower facilities across Canada, with a total installed generating capacity of more than 82,000 MW.

“Hydro in particular, but also a bit of nuclear, dominates in those provinces so much that they are virtually non-emitting electricity generation,” Thibault said. “In those hydro-heavy provinces, it feels like the transition isn’t as big of a change because they’re already non-emitting. But they will need to potentially add a lot of load for electrification and transportation, which will require additional assets. And because they have large-scale hydro, they are well positioned to integrate variable renewables. They have good opportunities to look to Independent Power Producers (IPPs) for renewable energy development in those provinces as well.”

Major investments are slated to come to some of Canada’s higher emitting provinces, which include Saskatchewan, Ontario, Nova Scotia, and New Brunswick. A significant evolution of processes will be required to accommodate decarbonization within their systems, especially for those provinces that are still vertically integrated, Thibault said.

“Accommodation of change is necessary in any system and that includes Alberta, where we have a system that accommodates new renewable energy investment well,” he said. “But the scale of this transition could mean some more, deeper changes that will need to be contemplated.”

Canada recently committed to reach net zero by 2050, laid out in its Net-Zero Emissions Accountability Act, enacted last year. Canada also announced an interim goal to reduce emissions by 40-45 percent from 2005 levels by 2030. As part of the plan, Canada has launched the $8 billion Net-Zero Accelerator Fund to help large emitters reduce their emissions. 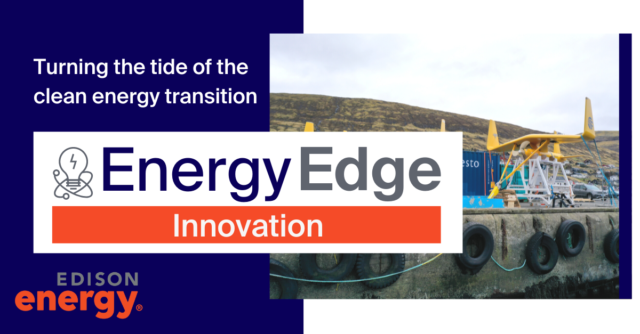