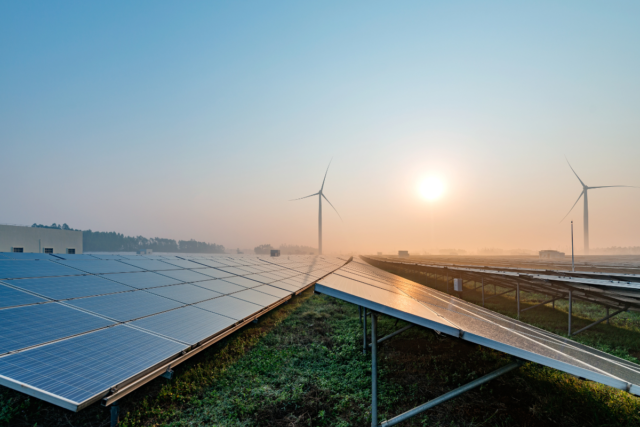 Edison Energy recently sat down with BEF (Bonneville Environmental Foundation) Renewables, a Portland, Oregon-based nonprofit that brings together partners to help restore freshwater ecosystems and catalyze renewable energy development in underserved communities. The organization focuses on high-impact projects in tribal, rural, and low-income communities, combining the benefits of clean energy with education, hands-on training, and job creation. This is the first installment in a two-part series. Check out part two here.

The Blackfeet Indian Reservation, located in northwest Montana, is home to the federally recognized Blackfeet Nation, one of the 10 largest tribes in the U.S. The 3,000-square-mile reservation is located east of Glacier National Park, which borders the Canadian province of Alberta, and is twice the size of the national park.

Because of its remote location, residents of the reservation have suffered high unemployment, while nearly 40% of residents live in poverty–twice the statewide average.

Last year, Blackfeet Community College (BCC) and the Heart Butte K-12 School–both located on the Blackfeet reservation– collaborated with BEF Renewables and other partners to secure Department of Energy funding to install rooftop solar on BCC buildings and ground-mounted solar at Heart Butte.

The installations provided hands-on training for Blackfeet high school and college students, while BEF’s CE Program selected a science teacher at Heart Butte as a Clean Energy Fellow, supporting her work in the development of renewable energy curricula for Blackfeet students.

The project is just one example of BEF’s ongoing commitment to making an inclusive impact.

“One of the issues that we’re trying to address is the fact that renewable energy – and specifically solar – has not been accessible or affordable to people who aren’t in the upper echelon of higher income earners or homeowners,” said Raphaela Hsu-Flanders, Renewables Program Manager at BEF. “We’re trying to create access, so we try to work on projects that deliver impact to those who need it most or are suffering from the highest energy burden.”

The nonprofit focuses on bringing clean energy and environmental solutions to underserved communities across the U.S. by way of renewable energy projects, carbon offsets, STEM education, and clean water stewardship.

BEF’s Renewables team provides technical expertise and project development support including site analyses and feasibility studies, contracting with engineers to ensure project installations are structurally sound, counsel on how to design and finance a project, and workforce development facilitation.

BEF also prioritizes education through its CE Program—one of the nation’s most comprehensive K-12 renewable energy science and engineering education initiatives, which equips teachers with hands-on STEM learning in classrooms across the country.

“We’ve seen societal shifts, funding shifts, and we felt like there were gaps that we could fill to help projects become a reality,” said Evan Ramsey, BEF’s Senior Director of Renewables. “The definition of low income is a difficult one – it can mean so many different things. For us, it could mean prioritizing rural communities that may have less access to resources or funding opportunities or focusing on tribal communities. And by some standards like the state median income, they might be low income, but they might not self-identify that way.”

It’s all about creating equitable opportunities for underserved communities to access renewable energy technologies, says Ramsey. That means allowing the communities themselves to decide what “low income” actually means.

“A lot of it is deferring to the community as to how they’re going to define that, what direction they are going to take, and what they’re going to prioritize, rather than us creating this definition or framework for them to fit into,” he said.

The 501(C)(3) has devoted much of its efforts to the development of community-scale projects in tribal communities. This involves partnering with tribes interested in renewable energy, recognizing their objectives and priorities, helping them apply for funding, and facilitating project installation.