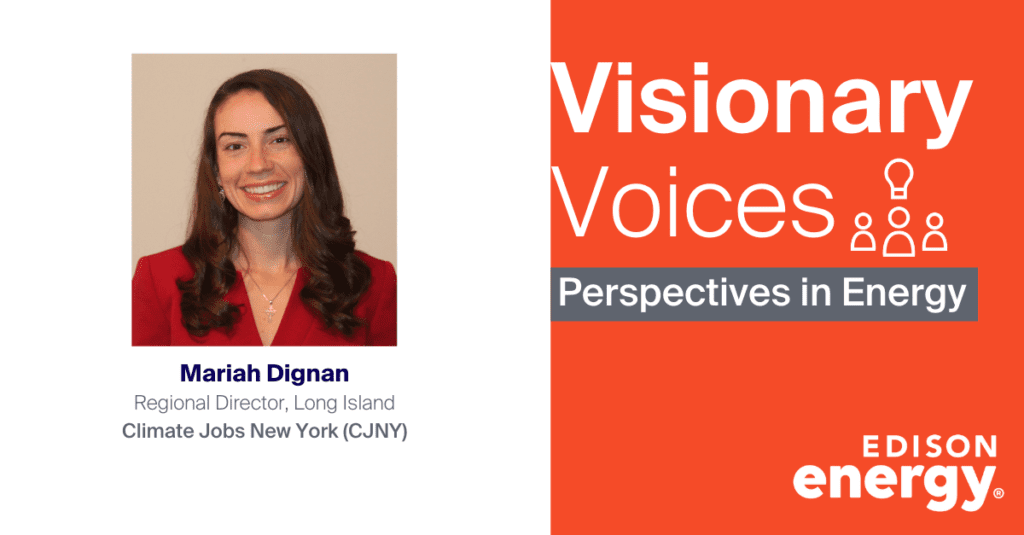 In this last of a two-part series, Edison Energy sat down with Mariah Dignan, Regional Director, Long Island, at Climate Jobs New York (CJNY), to discuss upcoming offshore wind procurements in New York and the region’s growing supply chain. Click here to read the first part in the series.

In December, the Bureau of Ocean Energy Management (BOEM) announced the completion of its environmental review of potential impacts from offshore wind leasing activities in the New York Bight, a portion of the Atlantic Ocean located offshore New York and New Jersey. The final Environmental Assessment (EA) assesses potential impacts from the issuance of leases within nearly 800,000 acres of wind energy areas in the New York Bight. Based on the analysis in the EA, BOEM issued a finding of no significant impact (FONSI).

“We’ve really been engaged in the fight to get the New York Bight developed for quite some time, and it’s great to see the Biden administration’s prioritization of this area and the opportunity it creates for good union jobs,” Dignan said. “And you see that concretely because included in the proposed Sale of Notice is a lease stipulation that the work and construction in these lease areas would be covered by project labor agreements. That’s a great start. BOEM and Director Lefton have really prioritized good union jobs, so that’s the forum on how we can get this started, making sure that we have project labor agreements on construction, and then we take it from there.”

CJNY has been pushing for labor standards and responsible contracting across green sectors, including prevailing wage requirements for all construction and building service workers; labor peace/neutrality agreements for operations, maintenance, and manufacturing; and apprenticeship and labor-management training requirements.

BOEM recently announced that it will hold a wind auction in February for more than 480,000 acres of the New York Bight.

The Feb. 23 auction will allow offshore wind developers to bid on six lease areas – the most areas ever offered in a single auction – as described in BOEM’s Final Sale Notice. Leases offered in this sale could result in 5.6 to 7 GW of offshore wind energy, enough to power nearly two million homes. As offshore wind technology continues to advance, these areas could have the potential to produce even more clean energy.

The auction will include several innovative lease stipulations designed to promote the development of a robust domestic U.S. supply chain for offshore wind and enhance engagement with Tribes, the commercial fishing industry, other ocean users, and underserved communities.

To advance the Department’s environmental justice and economic empowerment goals, the Sale Notice also requires lessees to identify Tribes, underserved communities and other ocean users who could be affected by offshore wind development. The Interior Department will hold companies accountable for improving their engagement, communication, and transparency with these communities.

“We’re going to be doing the work to get our rank-and-file members, shop stewards, business agents and labor leaders to give supporting comments for that potential and the tens of thousands of jobs that the New York Bight will bring,” Dignan said. “It’s an enormous opportunity, so we really have to take it and run with it and make sure we do it right. We get to learn from the European experiment and see how they have developed the industry, but we can make it uniquely American and create local jobs.”

With more than 200 local manufacturers on Long Island, Dignan says the area is ripe for building a robust supply chain. The area was once a powerhouse for the aerospace industry and still maintains several defense contracts.

“A lot of the skills in aerospace and defense are transferable to the offshore wind industry,” she said.

CJNY is planning a Long Island manufacturing tour this spring, which will bring together major offshore wind developers and suppliers to see what the area has to offer.

CJNY has also been hosting its “What’s Brewin’ Offshore?” community events throughout New York to share information about the state’s planned offshore wind projects and the labor and job opportunities expected on Long Island in the coming years.

The coalition also hosts education sessions with local unions, sharing information about climate change and the need for renewable power like offshore wind.

“They’re each local, so we can really specialize it to what that local community cares about,” Dignan said. “For a trade worker it may be, ‘these are the kinds of jobs you can expect as an electrician or a laborer or an ironworker.’ For teachers and nurses, we look at how climate affects asthma rates, drinking water quality–especially here on Long Island where it’s a huge issue. We focus on how intersectional everything is and how on Long Island we are uniquely positioned to host offshore wind generation. We have a once-in-a-generation opportunity to make sure that our Long Islanders, our local unions, our families are the ones working on these projects and will be for years to come. We’re ready to go here and we’re just getting started.” 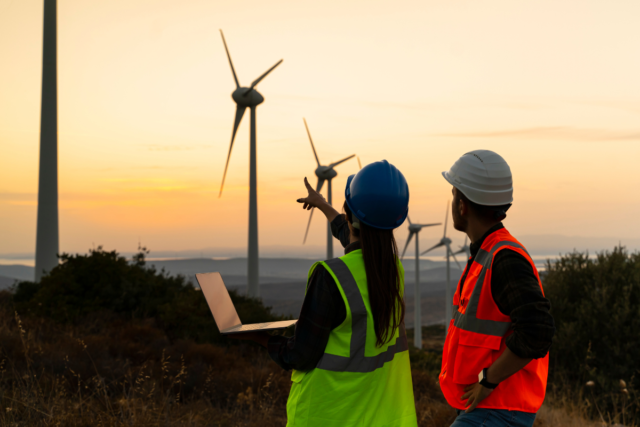 The clean energy sector is still struggling with diversity. Time to shift the “business as usual” paradigm 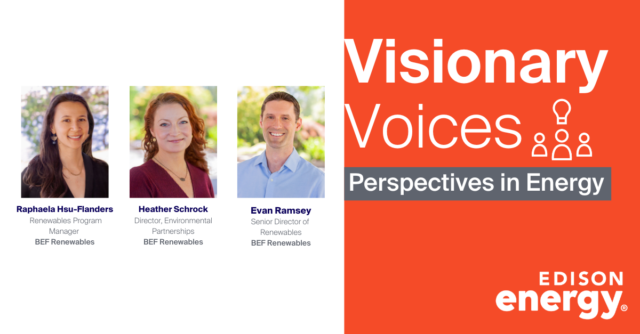