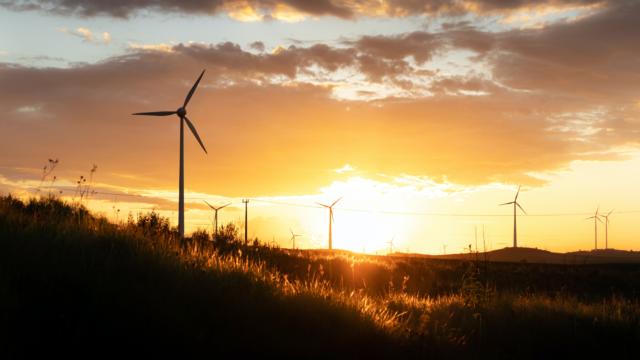 In the fourth quarter of 2021, corporations announced 25 signed agreements for a total of more than 3,900 MW, with almost half of the quarter’s signings coming in the month of December. Q4 2021 figures represent a drop from the 10,000 MW total that was announced over the past two quarters. However, on the year, 2021 was the busiest yet, with a total of 104 deals for over 14,500 MW. 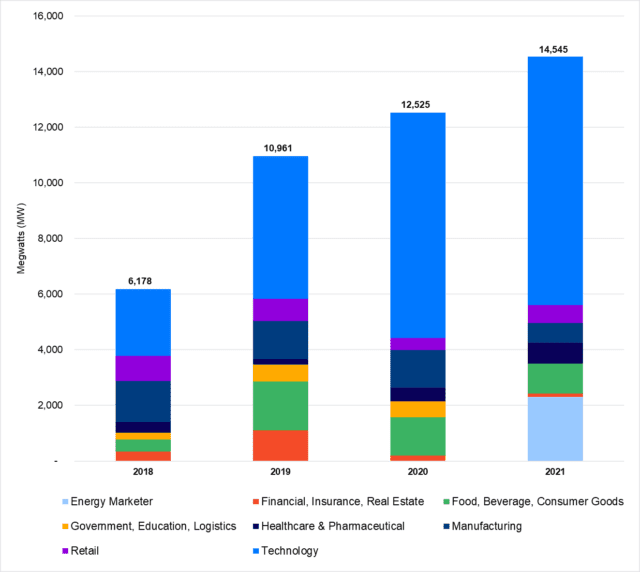 A large chunk of the capacity signed in Q4 can be attributed to a single 1,300 MW VPPA (Virtual Power Purchase Agreement) deal by energy marketer Total Group. This is the company’s second deal in the US market, choosing to ink another contract with the Houston PV project, with which they signed a 1,000 MW deal in Q2 2021. Total Group had previously signed 3,000 MW of solar capacity in Spain in 2020, the largest deal currently on record. However, as a sector, technology was once again the largest purchaser, accounting for just under half of the quarter’s signed capacity. Amazon reported eight signings while Bosch, Meta and TE Connectivity signed two each.

In other sectors, Pfizer announced a 415 MW VPPA from a solar plant in Texas, while Hershey signed agreements for a combined 91 MW from two solar plants. Toyota signed its first PPA since 2019 for 104 MW from a PV plant in Mississippi.

In aggregate, PPA signings in 2021 were dominated by the technology industry, which accounted for more than half of all signings and over 60% of North America’s 2021 total signed capacity. When the two Total Group deals are factored out, this share rises to 73%. Amazon and Microsoft led the way, with more than 4,100 MW and 3,500 MW signed, respectively. To put the disparity into perspective, after Pfizer, both McDonald’s and Lululemon had the largest total 2021 signings among non-tech companies, with 224 MW and 208 MW, respectively. In terms of location, ERCOT (Electric Reliability Council of Texas) and MISO (Midcontinent Independent System Operator) were by far the most popular power regions, followed by PJM and then SPP (Southwest Power Pool). 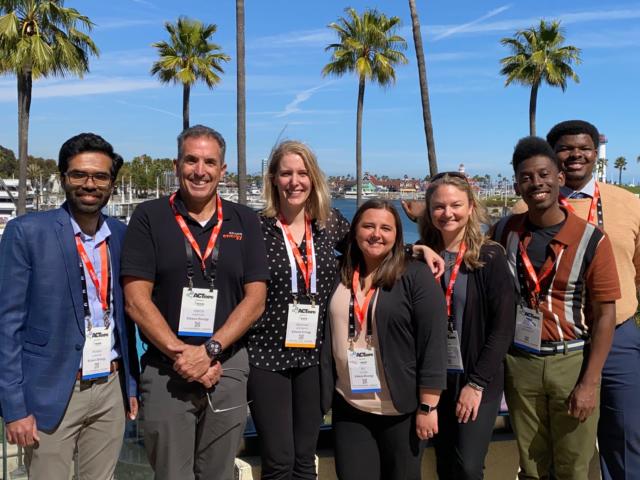 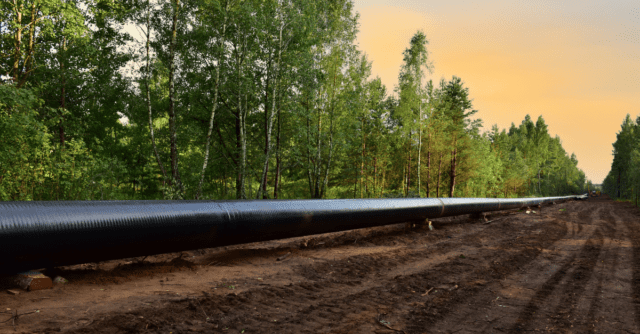 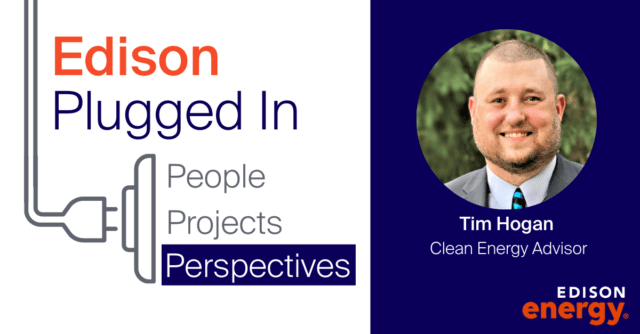