This is the first installment of our New York Energy Series. This series will delve into the opportunities and challenges for large energy users in New York wanting to reduce their energy spend and meet their sustainability goals. This first installment will introduce key policies and stakeholders that we will examine further in upcoming posts. Be sure to check back and follow along, or click here to check out other posts in the series.

New York, with the third-largest economy in the United States, joins California in leading the nation in transitioning to a clean energy future by setting ambitious climate goals. One factor enabling this transition is the Democratic trifecta in the New York government. With a majority in both chambers of the State Legislature and governorship, the Democrats are able to pass and implement progressive climate policies.

In New York, the governor holds significant power, compared to the executive branch in other states. The governor has no term limits and may be re-elected by popular vote. Gov. Andrew Cuomo has held office since 2011, and his current term ends on January 1, 2023. Since taking office, Cuomo has significantly influenced New York’s energy policy. He has shifted the state away from fossil fuels, focusing on clean energy. He has also made significant investments in renewable energy and energy efficiency.

On July 18, 2019, Cuomo signed into law the CLCPA. The mandate commits New York to reaching net zero greenhouse gas emissions across all sectors of the economy. It also establishes interim greenhouse gas emissions reduction goals of 40% below 1990 levels by 2030 and 85% below 1990 levels by 2050. To meet the emissions reduction targets, the law also sets a 70% renewable energy mandate by 2030 and a 100% carbon-free resource mandate by 2040. 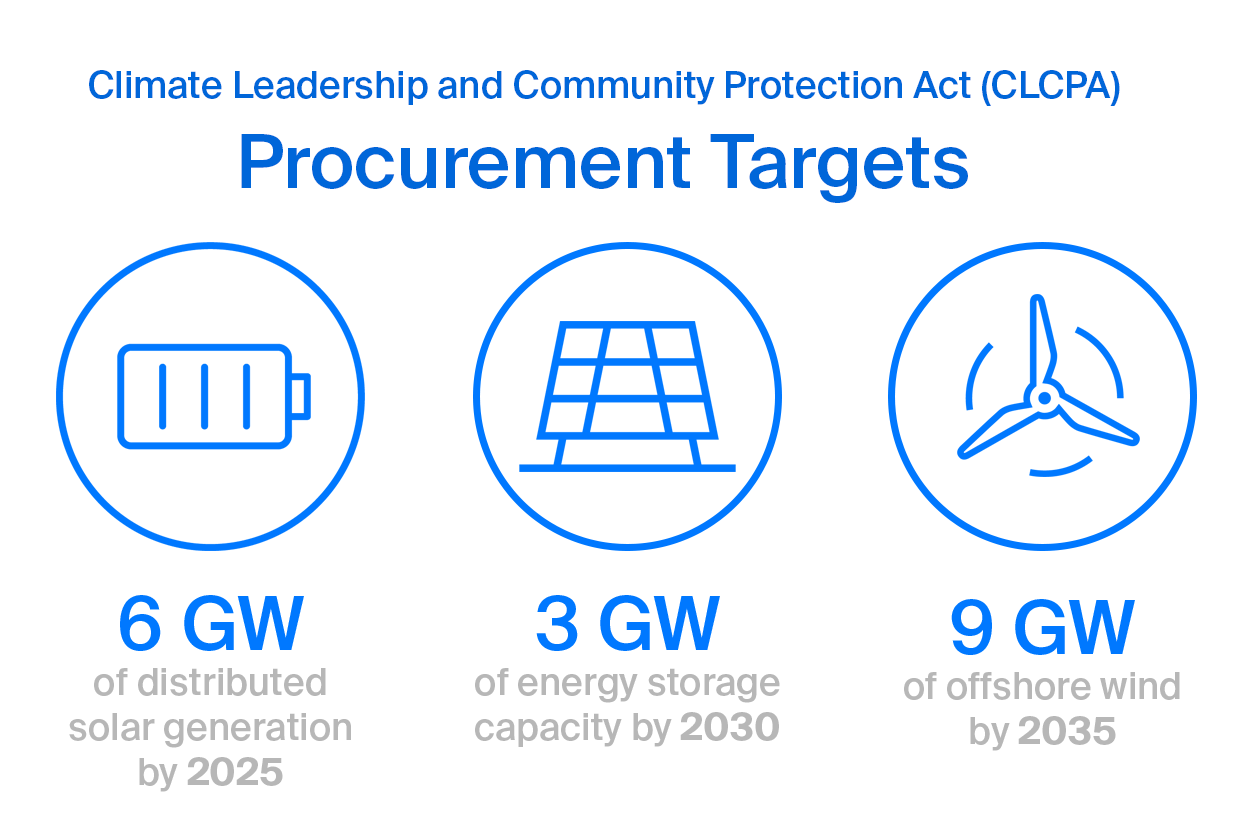 CLCPA state procurement targets include: at least 6 GW of distributed solar generation by 2025, at least 3 GW of energy storage capacity by 2030, and at least 9 GW of offshore wind by 2035

Some of the state’s energy goals in the CLCPA were introduced several years ago. In 2014, Cuomo announced a comprehensive energy strategy  to modernize the state’s energy system called Reforming the Energy Vision (REV). The New York Public Service Commission (PSC), a group of 5 Commissioners that are appointed by the governor, plays a key role implementing the REV policy initiatives and utility reforms under multi-year regulatory proceedings. As part of REV, the 2015 State Energy Plan outlined the state’s energy goals for 2030. In addition to the reduction in greenhouse gas emissions, the plan includes a 600 trillion Btu increase in statewide energy efficiency from 2012 levels. It also requires that 50% of electricity generation come from renewable energy resources. To meet these goals, in 2016 the NY PSC adopted a Clean Energy Standard (CES). The CES mandated that the NYSERDA procure renewable energy credits (RECs) and zero-emission credits (ZECs) from upstate nuclear plants on behalf of the state’s load-serving entities.

NYSERDA, the New York energy authority, conducts not only the REC and ZEC procurements as part of the CES but also oversees customer-sited solar, battery storage and energy efficiency incentive programs. This includes the NY-Sun incentive program. The NY-Sun program is a declining block incentive designed to help the state meet its 6 GW distributed solar target by 2025. These onsite solar and community solar projects also have access to revenue under the Value of Distributed Energy Resource tariff, (a topic that will be discussed in greater detail in a subsequent blog post).

Another entity supporting the state’s ambitious decarbonization goals is the NYISO. The NYISO operates a competitive wholesale electricity market throughout the state. A few market designs currently underway at NYISO that support the CLCPA include the integration of social cost of carbon pricing and integration of storage and distributed resources within the wholesale market. On September 8, 2020, NYISO announced it would allow full participation of energy storage resources in NYISO’s wholesale energy markets, becoming the first grid operator to allow batteries to earn revenue as both wholesale and retail energy resources. The state is also considering a carbon charge through NYISO’s carbon pricing proposal. This proposal recommends imposing a $/ton carbon charge on fossil-fuel power plants, while rewarding clean energy resources. If approved by the Federal Energy Regulatory Commission, NYISO would become the first grid operator to price carbon in the wholesale electricity markets. This would be in addition to the state’s participation in the Regional Greenhouse Gas Initiative (RGGI), a 10-state cap-and-trade program to reduce carbon dioxide emissions. The New York State Department of Environmental Conservation is the state’s environmental regulatory agency that manages compliance with RGGI, along with NYSERDA.

While this post is a non-exhaustive list of some of the most important energy policies in the state, and there’s still regulatory uncertainty about how some of these policies will be implemented, one thing is clear: New York policymakers are committed to combating climate change.

With New York’s ambitious decarbonization goals come opportunities for energy buyers to mitigate increasing energy costs. In the next edition of our New York Series, we will provide an overview of the opportunities and challenges for buyers looking to procure large-scale renewables in NYISO. In the meantime, if you’d like to learn more sign up for our mailing list and someone from our team will be in contact with you. 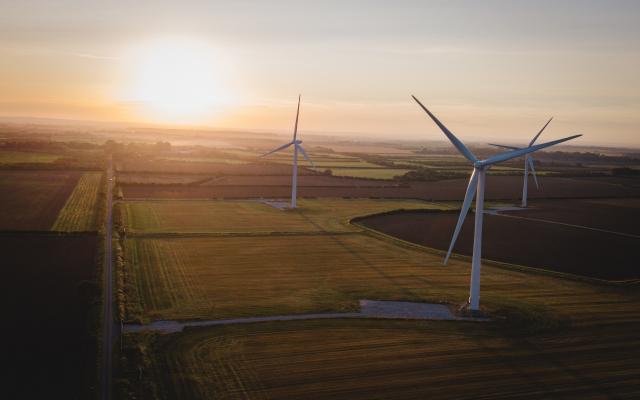 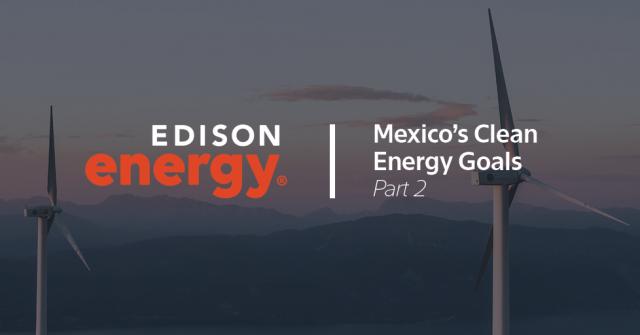 Will Mexico Comply with its Clean Energy Goals? Part 2