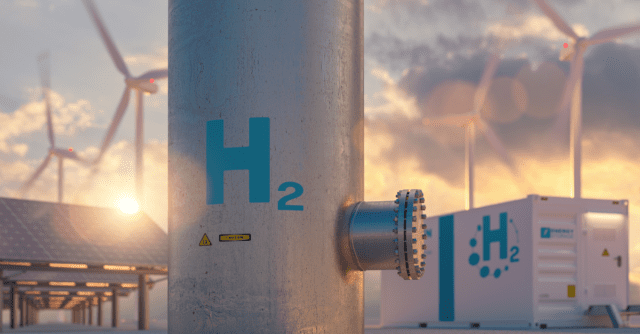 This post by Jeff Bolyard, Principal, Energy Supply Advisory, is featured in our recently released December 2022 Monthly Monitor, which includes articles and analysis for the natural gas, electric, crude oil, and sustainability markets. To read the full newsletter, click here. To sign up for the Monthly Monitor distribution list, click here.

Although this blog is typically reserved for the topic of natural gas, I wanted to break out into a new area this month.

There has been lots of interest, plenty of talk, and a significant amount of money invested over the past few years in what is believed by some to be one of the greatest enablers of a green energy economy. This catalyst is a highly flammable gas, and the lightest, most abundant element in the universe. It also produces a byproduct of water, without any environmentally damaging side effects.

This prospective wonder fuel is Hydrogen, or H2. Unfortunately, H2 is rarely found on earth by itself and is nearly always attached to something else, like water (H2O), making it difficult to separate and requiring energy to separate it for use.

So, while the burning of H2 results in only water, the current process to produce H2 uses a feedstock of fossil fuels that results in significant CO2 emissions.

As I see it, three major barriers currently stand in the way of hydrogen becoming the fuel of the future: 1) there is currently no cost-effective way to manufacture H2 without negative environmental impact; 2) There is no existing infrastructure available to move or store H2 in large quantities; and 3) there is no existing end-use market today that could use vast amounts of H2, even if it could be produced, moved, and stored somewhere.

But before we completely write off hydrogen, there are some critical pieces of legislation that have been passed that address all three concerns, providing H2 with a major jumpstart.

In the Infrastructure Investment and Jobs Act (IIJA) of 2021, $8 Billion has been set aside for the development of at least four regional hydrogen hubs, each tasked with demonstrating the production, processing, delivery/storage, and end-use of clean hydrogen. I wouldn’t be a natural gas guy if I didn’t mention that included in this legislation is an opportunity for blue hydrogen, which uses fossil fuel natural gas combined with carbon capture sequestration technology, to prove it is both environmentally feasible and cost effective.

There are more than a dozen organizations, state coalitions, industry groups, and politicians that have joined forces to attract the yet-to-be-named hydrogen hub locations, which are anticipated to be announced in 2023.

A second critical piece of legislation is the expansion of the 45Q tax credit within the Inflation Reduction Act (IRA), which will incentivize the capture of CO2 in the manufacturing process of hydrogen and provide a potential pathway for blue hydrogen to be part of the future solution.

So, are the investments we’ve made in the “fuel of the future” enough to get us over the finish line? Highly unlikely, as it took decades to transition from wood to petroleum and coal, and decades (so far) to transition away from coal. Notably, after years of decline, nuclear seems to have been revived across the globe, and demand for energy is still growing.

Dare we think that a transition to hydrogen could occur in less than a decade? Probably not. But that should not prevent us from trying our best to find and develop solutions for the future. Hydrogen hubs may not be the end-all and be-all solution, but it’s a good place to start.