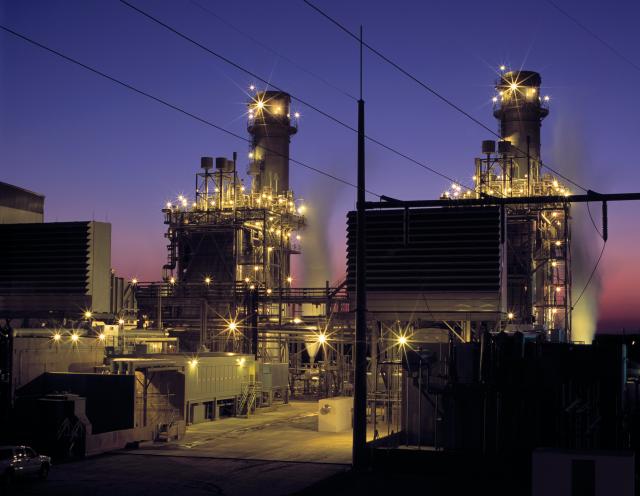 Fifteen months ago, the United States began to move into lockdown conditions due to the COVID-19 pandemic. The impacts to the energy markets were seen immediately as business shut down and demand destruction set in. There was an abundance of natural gas and oil on the market and no end users available to offset the supply. This coincided with the time of year that typically sees the weakest demand, known as the shoulder season – referring to the periods in between the heart of the summer and winter months, typically March/April and October/November. This massive supply and demand gap could be seen easily in the production heavy regions such as Appalachia, where the spot prices at the benchmark Dominion South index traded at less than $1/MMBtu at times.

This demand destruction and suppressed pricing led to several bankruptcies from E&P companies and a massive reduction in drilling rigs for both oil and natural gas. Fast forward to today and the demand side of the equation has rebounded to near pre-COVID levels as economies are starting to fully open in the United States and around the world. While drilling rigs are rebounding as well, production is still lagging behind pre-COVID levels. The major impact being seen from this reversal is a negative impact to natural gas storage numbers.

For the majority of 2020, the natural gas storage inventory was running ahead of the prior year and ahead of the five-year average. As prolonged cold weather and winter storms took hold in February the surplus to the prior year and the 5-year averaged shifted to a deficit that remains in place. As of the EIA Storage Report published on June 17th, 2021 the storage level was 15.7% behind the same week last year and 4.9% behind the 5-year average. As cooling demand starts to increase in the hotter summer months, there will be very little opportunity for the storage inventory to make up any of this deficit until the shoulder months of October and November. 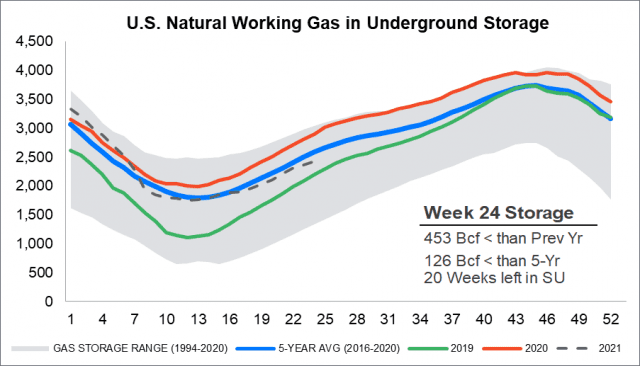 Ultimately, the level at which the storage injection season ends is critical to the fate of natural gas prices for Winter of 21/22 and moving forward. Over the past 5 years, the storage inventory at the end of injection season has typically been between 3.7Tcf and 3.9Tcf, with the exception being 2018 in which injection season ended with only 3.2Tcf in storage. The risk posed by entering the winter with a low storage inventory is demonstrated by increased upside price risk. For example, 2018 saw one of the highest NYMEX settlements in recent history as the December 2018 NYMEX settled at $4.715. Current outlooks for the end of injection season this year are coming in between 3.4Tcf and 3.6Tcf. While this isn’t near the low levels of 2018, the other factor to be aware of is weather. The winter of 18/19 was generally mild which helped to bring down the price of natural gas after the highs seen in December to start the winter. As the end of injection season approaches, the expected lower levels of storage will contribute to increased upside price risk especially if a harsh winter weather forecast materializes.

Contact Edison Energy to learn more about how we can help assess your portfolio risk and ways to mitigate!