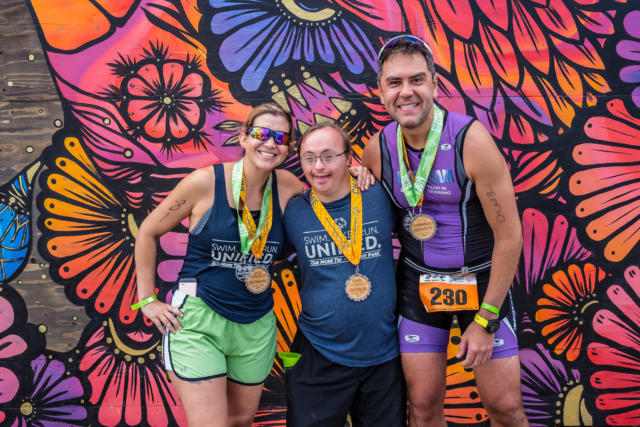 In 2014, New Jersey hosted the Special Olympics USA Games. It was there that the sport of triathlon was introduced as a Special Olympics event. The historic race showcased inspiring displays of courage, bravery, and determination, leaving a legacy for SONJ to carry on.

In 2015, OMT marked the first officially sanctioned Special Olympics triathlon to be held in the state. The race provided the platform for SONJ athletes and Unified partners to compete as individuals or on relay teams for SONJ medals. The event brought together 13 individual athletes, five Unified relays, and four individual athletes from Special Olympics Virginia, racing shoulder to shoulder with OMT competitors.

“Over time, the infusion of athlete participation has grown and has become the backbone of this event,” said Jeanene Leppert, Director of Special Events at SONJ. “It’s one of the reasons the community comes out. We have Special Olympics athletes completing the entire triathlon, so they are competitors in their own right. And they win. They’re showing community members what they can do. In addition, what we’ve noticed–and this is true in life—is that if you make something accessible and adaptive for people with disabilities, you make it accessible for everyone.”

Just one year later, on OMT’s fifth anniversary in 2016, the event had grown to nearly 400 athletes of diverse abilities, along with hundreds of volunteers and sponsors.

“This event and Edison Energy are synonymous,” said Leppert. “It continues to mean so much to the Edison team, and they bring that love to the event. It’s such a welcoming, positive experience for the community members that come out. Edison Energy makes the people who come out to the race feel welcome, supported, and celebrated in ways that I’ve never seen before.”

Mary Buletza, of Point Pleasant Beach, has participated in the event since the beginning and is now one of OMTs biggest supporters.

“I got to OMT in Asbury, and it was amazing,” Buletza said. “A fundraiser for SONJ, introducing me to this whole new group of people, and keeping fit–it was just a win-win-win all the way around. I didn’t grow up with anybody in my family or close circle having a disability. Being in actual competition with these amazing athletes and seeing them overcome challenges–it was just really encouraging for me that they have the spirit to do these things.”

But when the Covid-19 pandemic hit in early 2020, many wondered whether the race would go on.

“It was a very tough decision to cancel it or go virtual,” Leppert said. “Ultimately, we made the right decision to go virtual, which could have just required individuals to submit their times and do everything on their own. We could have done that, but that is not the heart of OMT. We are a unified triathlon, where athletes participate with and against the community, so making the whole thing unified relays was an easy decision.”

For the virtual event, there was still swimming, biking, and running. But now OMT participants were asked to take on two of the three legs of the triathlon, swapping out the third leg for an SONJ athlete relay partner, who would take on an accessible endurance challenge. 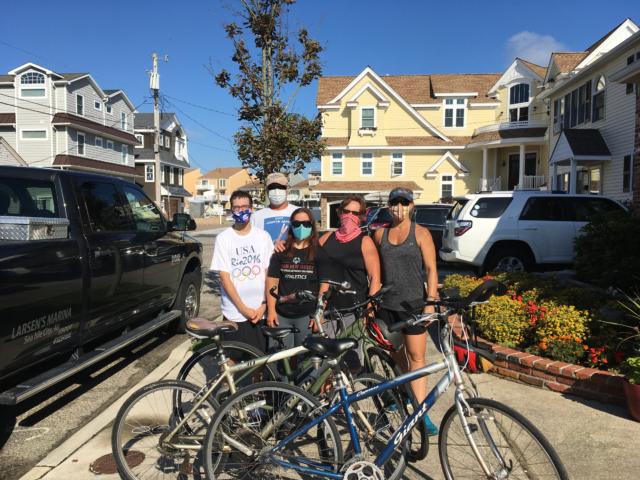 “Individuals had to invite an athlete to do it with them,” Leppert said. “We reached out to our athletes, who were so disconnected. They were stuck at home just like everybody else, but they had less ability to get out. The athletes really rallied behind it. They felt very much connected to their athlete partner, and I think it even transcends the connection that we had at the in-person event.”

Now in its 10th year, OMT is going virtual once again. But Leppert says that many positives have come out of the virtual platform, which could potentially change the in-person triathlon going forward.

“How do we make the connections with the athletes more real?” Leppert said. “By including SONJ athletes in our fundraising events and making those meaningful connections to our participants. Our athletes are not just here to inspire and motivate others, they are here to compete and win just like everyone else. The lessons we’ve learned over the past two years will continue to shape our in-person events and help make OMT an even better, more inclusive event in the future.”

The OMT triathlon is going on now through 9/30. For more information and to register for the event please visit https://www.onemoretri.org/

For over 50 years, Special Olympics New Jersey has provided year-round sports training and athletic competition in 24 Olympic-type sports for thousands of children and adults with intellectual disabilities, completely free of charge. Through the joy and power of sports, athletes are provided opportunities to develop physical fitness, demonstrate courage, experience joy, and participate in a sharing of gifts, skills, and friendship with their families, other Special Olympics athletes, and the community. For more information, please visit www.sonj.org.