This is the fifth installment in our New York Energy Series, exploring the opportunities and challenges for large energy users in New York State who want to reduce their energy spending and meet their sustainability goals. Here we cover distributed generation (solar) options for New York State energy buyers. Click here to check out other posts in the series.

Through aggressive clean energy standards and collaboration across regulatory bodies within the state, New York has demonstrated commitment to its renewable energy goals. To further facilitate these goals, New York replaced its previous net metering policy with the Value of Distributed Energy Resources (VDER) in 2017. Under VDER, power generated by renewable energy assets and sold back to the grid results in a credit on the end-user’s bill at a rate based on the VDER Value Stack (Figure 1), a reflection of the value solar generation adds to the grid at the time it is injected into the grid. The Value Stack compensates sellers of energy sold back to the grid through several market-based structures, including the wholesale market price and the environmental value.

Under VDER, solar asset owners and end-users may choose between an installation or subscription option that fits the end-user’s risk appetite, ability to install solar on-location or desire to make a sustainable impact locally. Behind-the-meter solar assets, interconnected with an energy buyer’s facility, will reduce energy pulled from the grid by the facility with the asset’s excess generation resulting as a credit on the facility’s bill. Under a Remote Net Metering structure, assets constructed on the property of an energy user send all the power produced by the asset into the grid. The utility will allocate credits to energy buyer’s facilities at the buyer’s request. The value to the buyer of a behind-the-meter asset versus a remote net-metered asset will vary based on the buyer’s supply rate at their facility. For buyers with a higher supply rate, a behind-the-meter asset may be more lucrative, as the asset’s generation offsets some of the more expensive energy that would otherwise be pulled from the grid by the facility. A remote net-metered asset may be more appealing for buyers with a lower supply rate, as the value of the bill credit from the generation sold into the grid may be higher than the cost of energy at the facility. These calculations can be complex and often benefit from a comprehensive approach involving engineering calculations combined with economic forecasting that gauge future energy costs and take into consideration a range of scenarios that affect potential prices and related risks.1

Last, Community Distributed Generation (CDG) allows large energy users, small businesses and residential customers to subscribe to a portion of a larger solar project’s capacity, resulting in the subscriber receiving a bill credit equivalent to the VDER value of that portion of the asset’s generation. Per the contract with the solar project, the subscriber will pay the project a sum equivalent to the bill credit less a discount rate percentage. The subscriber retains this discount rate percentage of the bill credit, which may range from 8-12%. These contracts can be structured to include replacement RECs for a smaller discount rate.

While there is flexibility in contract structure and asset classification under VDER for buyers, there are restrictions on how much buyers may purchase or subscribe to, along with additional factors that may prevent their participation. Sites that already have a current form of generation, including fuel cells or onsite solar, could be prevented from participating in VDER. Larger energy users may face issues in scale as solar assets are limited to 5 MWac of capacity under VDER. Further restrictions are possible, as under CDG, large buyers may purchase or subscribe to no more than 40% of the project capacity, and each buyer’s premise is capped at one project, limiting the buyer’s subscription to a maximum of 2 MWac per premise. Prior to pursuing or participating in any onsite or local generation asset, it is necessary to take these and other programmatic requirements into account so that the buyer is not becoming obliged to purchase kWh or credits it may not be able to use or monetize.

The value of distributed generation assets to the buyer in New York State is based on the VDER Value Stack. Using the energy, also referred to as the LBMP), component as an example, the value of VDER may vary by region. The Energy value is determined by the current NYISO wholesale energy price in the New York ISO (NYISO), where the generation is being sold into the grid. The NYISO comprises eleven load zones, as shown in the map below. Market prices in New York vary regionally, with lower prices in Zone D in the center of the state and substantially higher prices in New York City’s Zone J. While the value of VDER through the LBMP is greater in areas such as Zone J or Zone A, other factors may play into a buyer’s decision on which contract structure to pursue. For example Locational System Relief Value (LSRV)  or the demand Installed Capacity Market (ICAP) values could add additional benefits through VDER, depending on when and where an energy buyer pursues a transaction. 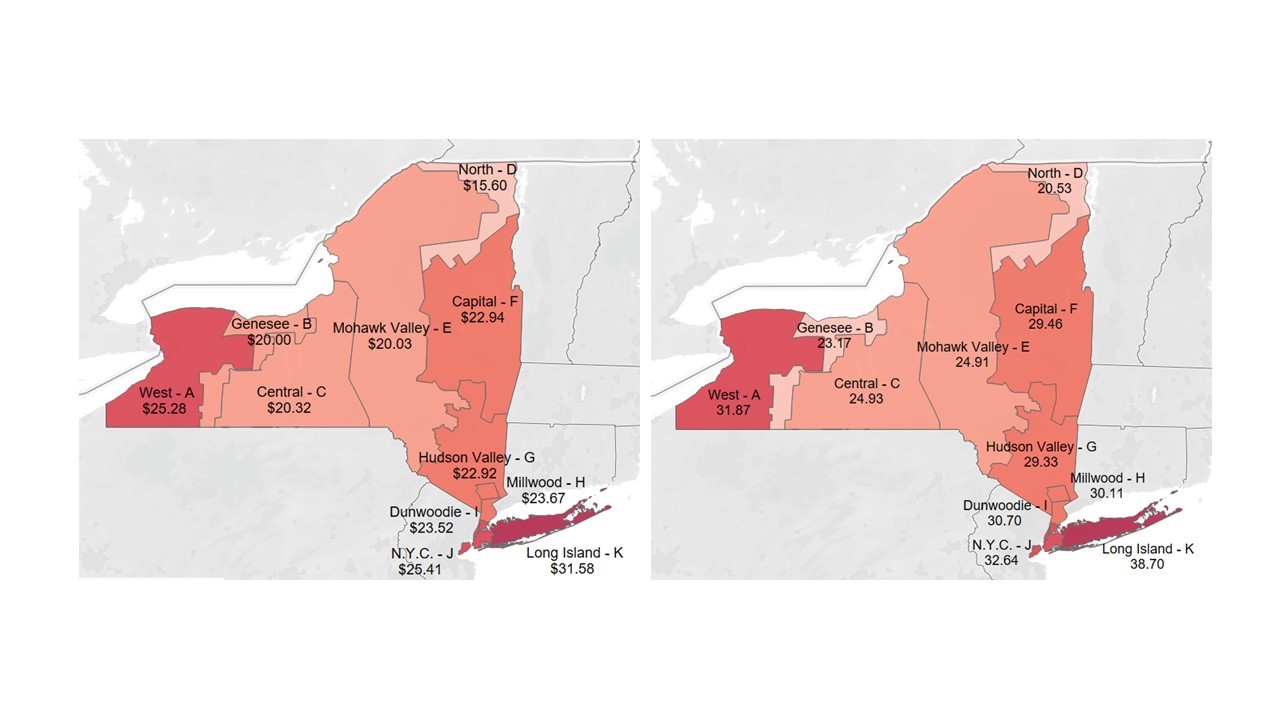 VDER has led to growth in the distributed solar market in New York, but those who participate should be aware that the sustainability claims they are able to make directly about a distributed solar asset may be limited or may come at a premium. The Environmental (E) value component of the VDER Value Stack, which compensates for the value of the renewable energy credit, is automatically paid out to the end user unless the solar asset owner opts out of the E value. The end user benefits from the compensation of the E value but is limited in their ability to claim sustainability benefits resulting directly from the solar asset it is connected to or subscribes from since the end user doesn’t retain the project’s RECs. Under a behind-the-meter or a Remote Net Metering structure, the buyer could elect to retain the energy attributes and forgo the E value portion of the Value Stack; this decision is permanent and would need to be made at the time of interconnection. Under a CDG structure, the buyer may be able to obtain replacement RECs, provided by the project owner, at a premium.

In addition to bill credits from VDER, distributed solar projects in New York are eligible for financial incentives. However, the incentives to pursue distributed solar in the state are currently declining. The NY-Sun MW Block incentives, which are dollars per watt incentives that subsidize the cost of building a distributed solar asset, were expanded by NYSERDA in June 2018 to account for market demand from CDG projects. These incentives decline over time as the MW capacity of each block is filled, with the intention of creating a self-sustaining solar market. As the incentive rate available to the asset owner or investor declines, the asset’s return on investment will also decline, resulting in a higher power purchase agreement (PPA) rate or a reduced value for a fixed discount rate. For this reason, a near-term pursuit of distributed solar in New York will result in a higher return for the end-user.

Energy buyers looking to make a positive impact on the environment or reduce energy expenses must carefully review their options within VDER. While every facility will have site or metering restrictions, VDER can scale to meet the needs for applicable buyers to meet or complement renewable energy goals. It is important to note that for any state-backed program, timing is key. Declining block structures may erode the value of projects faster than new, lower cost or efficient technologies can be implemented. While VDER will continue for the foreseeable future, there is a cost to waiting.

Considering onsite solar or Community Distributed Generation in New York State? Interested in learning more about what options and opportunities you have?2 Reach out to our team; we look forward to connecting with you. 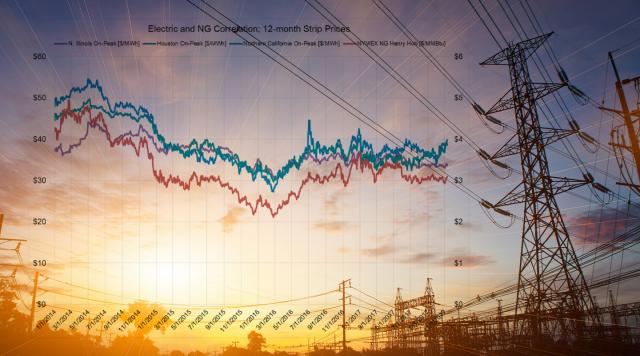 Natural Gas Production Is on the Rise